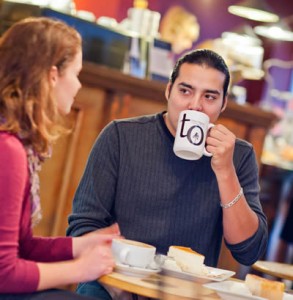 Drinking coffee is part of a healthy lifestyle – the research backs that up. Here on the west coast where healthy lifestyles are always in season, café culture is a natural, organic way for locals to give their systems a boost. Study after study seems to show a range of health benefits from drinking coffee, from reducing the risk of Alzheimer’s or liver disease to pain relief and potentially, a longer life.

In The Case for Drinking As Much Coffee As You Like in the Atlantic, one doctor sums up the health perspective on our favorite caffeinated beverages:

“What I tell patients is, if you like coffee, go ahead and drink as much as you want and can,” says Dr. Peter Martin, director of the Institute for Coffee Studies at Vanderbilt University. He’s even developed a metric for monitoring your dosage: If you are having trouble sleeping, cut back on your last cup of the day. From there, he says, “If you drink that much, it’s not going to do you any harm, and it might actually help you. A lot.”

Give Your Brain a Coffee Boost

Notice how you feel more alert and focused after drinking a cup of coffee (which many of us first discovered when cramming for school quizzes or job interviews?) Perception is reality. Study after study shows a link between drinking coffee and improved short-term memory. There’s likely a longer-term effect from the habit: “In one promising Finnish study, researchers found that drinking three to five cups of coffee daily at midlife was associated with a 65 percent decreased risk of Alzheimer’s and dementia in later life.”

This makes intuitive sense. When I take a break from coffee, I often feel like I’m living in a fog. When I drink coffee, sparks fly and I feel like I can get stuff done. Nice to think that those caffeine-coated synapses might still be working just fine when I’m 92.

I often drink coffee before working out; it gives me energy and the extra focus helps me keep track of whether I’m on my second set or my third. It seems coffee is also good for protecting your most important muscle: the heart. According to an ABC News report, researchers at Beth Israel Deaconess Medical Center in Boston suggest drinking coffee in moderation may protect us from heart failure.

“The scientists analyzed five prospective studies, which included more than 140,000 men and women, that related to coffee consumption and heart risk. Four of the studies were based in Sweden, and one was conducted in Finland. They found that those who drank a moderate amount of coffee daily, defined as the equivalent of two 8-ounce American cups per day, may experience protective benefits against heart failure by as much as 11 percent.”

Make Your Coffee Habit Even Healthier

The coffee we serve up is loaded with anti-oxidants and other elements that are good for your body and mind – but what about when you buy our organic fair trade beans to brew up your coffee at home?

Now you’ve got even more options to use coffee in imaginative ways: make a smoothie with coffee, cinnamon and your favorite fruits; infuse coffee into your baking, or sprinkle espresso powder on a salad; use coffee in the rub for your gourmet steak. Enjoy your coffee in fun new ways, always in moderation, but also with a dose of creativity. Make coffee part of your healthy lifestyle.