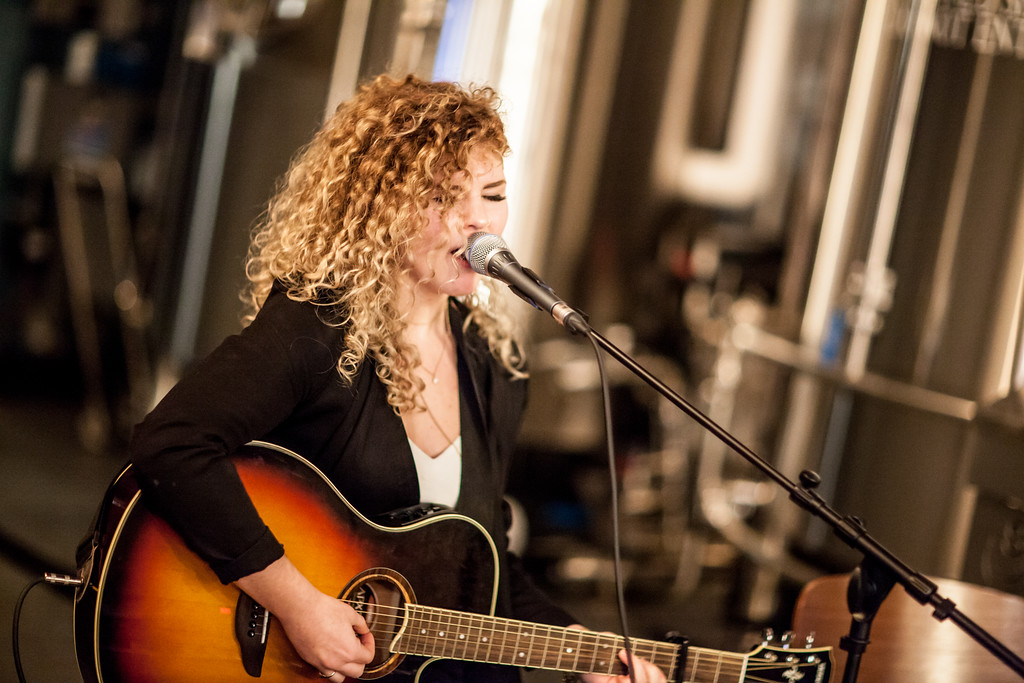 In our latest Coffeehouse Musician Profile, we’re proud to introduce you to Alexis Lynn who is a young singer-songwriter-musician from Surrey, B.C. and will be performing at Trees Organic Coffee & Roasting House (Granville Street) on May 19, 2017.

Alexis has already accomplished so much in the beginning of her career. She is not only excelling at school, about to graduate, but rocking the musical stage and winning awards! Not something every 18 year old is capable of! Progressing from singing lessons to professional all-round artist training, she has made great effort to advance her music and has big plans for the future.

She found her own way to music through her interest in artists and performers from all genres. Already in love with singing, Alexis’ father introduced her to the guitar, and soon after she fell in love with the piano too.  By the age of 16 she started writing her own music. This is alongside being a dedicated high school student, taking part in volunteering and leadership programs and other teenage hobbies including soccer, painting and snowboarding.

Her music sits between R&B and Pop, and as Alexis describes it, it is “Honest, soulful, sweet and raw”.  She now has 10 original songs under her belt, of which one has already received an award -“Best Original” at The Star Experience (B.C.).  Alexis is always developing her songs to continually improve her storytelling skills; telling her own stories and also those of others. As an example, on the last International Women’s Day she joined some fellow female artists and feminists in California to co-write a song, entitled “NO”,  focused on empowering women in the music industry.

Alexis is looking forward to graduating from High School and ramping up her music career, including competitions and playing shows around Vancouver.  She takes great inspiration from some of her recent performances; hearing feedback from one young fan, in particular, reaffirmed that she is on the right track.  With the coaching support from Studio Cloud 30 and Darcy D Music Group, Alexis is motivated to reach high for those dreams that she’ll share below in our interview.  For now, she is excited about recording an EP that will soon be released, and hoping for some air time on the radio. Catch Alexis performing live at Trees Organic Coffee (Granville Street) on May 19, 2017. 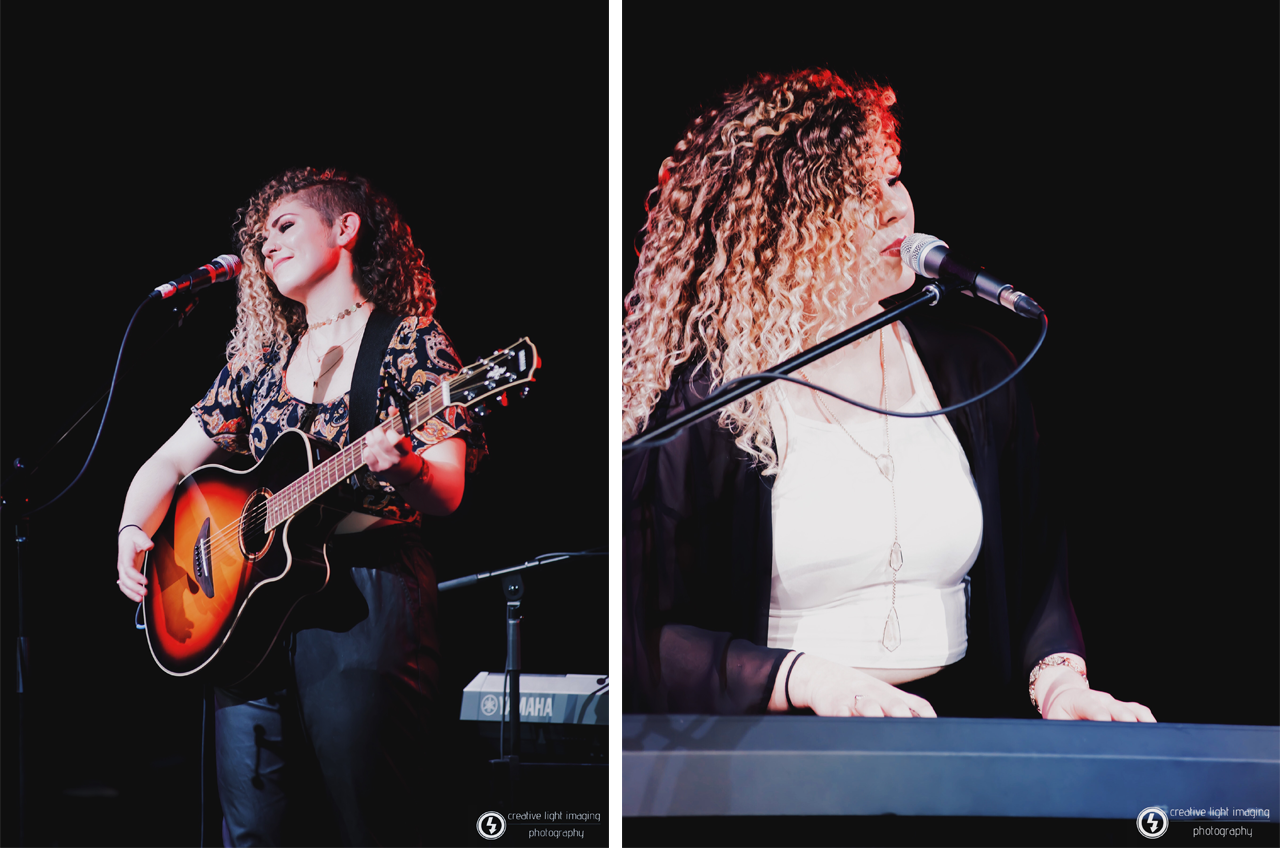 In Conversation with Alexis Lynn

TO. What inspires you to write music? Help us to understand your process.

Alexis: I write when I have something to say. Honestly, it’s usually when I’m upset, or angry, or hurt, because those tend to be the strongest emotions, but I do write happy songs as well…sometimes! For me, my songs are a way of communication, to say things that maybe I couldn’t say straight out to someone or something I need to get off my chest. I occasionally have a very hard time being vulnerable,  telling people how I feel, so my music has given me a way to do that.  For my process, I usually sit down at my piano with an idea or concept, or simply the intention to write, and I fool around with some chord progressions until I find something I like. I tend to write lyrics out before I figure out the melody, or do both simultaneously! I have the type of brain that never shuts off, so when I write I just spit out ideas and words, and once it’s all out in front of me I go through it and refine it!

TO. ”Weak” has been a very defining song for you, winning “Best Original” at The Star Experience, can you tell us more about story behind the song?

Alexis: Weak was actually the first song I wrote! I had been wanting to write, and had learned a bit about standard songwriting processes, but I still had no clue how get it down. So one day, I was 15 I think, I was folding laundry and I started humming a melody, which eventually turned into singing words and I just remember the realization that I’m writing a song! I ran to my laptop to record what I had before I forgot. I was really shocked by the response it got from others, as it was truly my first try at writing. When I won “Best Original” at The Star Experience, I was genuinely surprised and so honored. It opened a lot of doors for me, such as meeting James Buddy Rogers, a Canadian Blues Guitarist and Singer-Songwriter, who is currently helping me record my first EP!

TO. How has being part of Studio Cloud 30 and Darcy D Music Group guided you? And please give us an example.

Alexis: I honestly wouldn’t be the artist I am today without either of them. I’ve had amazing vocal coaches from both that continually guide and shape me, to be the best vocalist I can be. I always think there’s room to improve, and they always encourage me to do so, allowing me to grow. They’ve shaped me but also allowed me the creative freedom I need to be myself and find who I am as an artist. For example, my vocal coaches have developed my voice without trying to change my style or sound. They’ve also supported my writing, helping refine and focus my songs without stripping the honesty and stories I put into them.

TO. Who are your key musical influencers? And what values do you most admire about them?

Alexis: Amy Winehouse, Michael Jackson, Alicia Keys, Ed Sheeran, Elton John, Natasha Bedingfield, and so many more! I obviously admire their talent and musical abilities, but overall I admire their perseverance in their careers. Despite any setbacks or being told they couldn’t do it, they had a willingness to be unique and creative. Also, I love how so many of these artists have gone against the grain or even shifted what was popular at the time, constantly challenging and changing the mainstream music industry. I absolutely love their individual artistry and trueness to themselves.

TO. Do you have a motto or any advice that you live by?

Alexis: Something that I try to live by is to “be the person for someone else that you wish you had”. I value my relationships and friendships very highly, priding myself in always being accountable and there for others without hesitation. Healthy, close, relationships and friendships are so important to me and I’m extremely grateful to currently have so many in my life.   Two of my favorite quotes are “These mountains you are carrying, you were only meant to climb”, and “You are your own worst critic”. I think they go hand in hand and act as a reminder to me, as I find I’m extremely self-critical. I believe it’s an important reality for people to remember even though it’s a hard concept to completely internalize.

TO. How would you like to see your career unfold?

Alexis: My goal is to make a career as an artist, so it’s nearly my whole future in my eyes! I’ll be releasing an EP later this year, which I hope will gain some radio traction. As I’m graduating high school this year, I’ll be enrolling in some Berklee College of Music online courses to further develop my music business knowledge and songwriting skills. Currently I’m continuing to write, record, and perform, as I pave my path as an independent artist. My ultimate goal and dream is to win a Grammy!