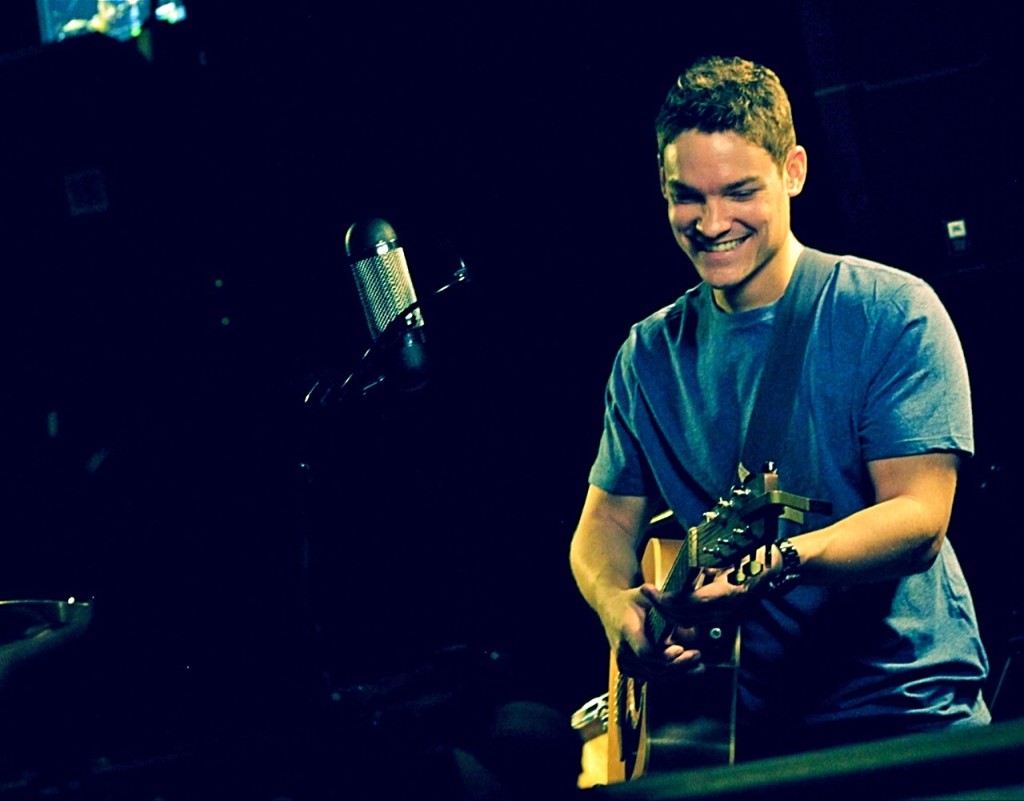 For over 11+ years, Trees Organic Coffee & Roasting House has been offering live coffeehouse music entertainment at our flagship Granville Street café in Downtown Vancouver, along with your favourite coffee and cheesecake. Like you, we love supporting local talent, and from time-to-time we highlight a standout artist in an upcoming Friday night performance. For our latest coffeehouse musician profile, we’re pleased to introduce you to young, up-and-coming local singer, songwriter and musician – David Alexander, performing on February 26!

David caught the music bug and taught himself to play the guitar in his teens, while growing up in Ontario. Now in his mid-twenties, he has written over 50 original songs and is following his dream as a professional musician, performing live with his own band or as a solo act. He performs his own music 95% of the time, but enjoys the occasional cover song. David’s fresh music style is a mix of acoustic, soul, rock and RnB. We recently caught up with David to learn more about his music and career.

In Conversation With David Alexander

TO. When did you start writing and playing music as a full-time career?

David. About 2 years ago. I committed to playing live as often as I could and taking my music seriously. I think the turning point was confidence, especially in my voice. As soon as I got comfortable and confident on stage, things started to take off.

TO. What type of music inspires you and who are your main musical influences?

David. I like honest music. Honest lyrics. I have a big connection to the lyrics in songs so I enjoy empathizing with the artists and trying to understand their story, their pain, etc. Ed Sheeran, Dave Matthews, Sarah McLachlan, John Mayer, Neil Young, are a few artists that I’ve enjoyed and take a lot of inspiration from.

TO. Describe your song writing process?

David. I write melodies first. I always start by writing a melody on the acoustic guitar, then take it from there. I have a lot of melodies that I tuck away, lose interest in, but eventually, I pick a melody back up and write a song out of it at some point. All my songs are inspired by real events or at least real emotions and reactions to events happening to me or around me. For instance, I wrote “Where I Belong” 4 years ago about a girl I met and fell in love with when I first moved to Toronto. We spent a year together and the song was written about a year after things ended.

TO. You’ve been based in Vancouver for a year now. What are your goals for the Vancouver music scene and beyond?

David. I’d like to continue collaborating with artists here in Vancouver and create some magic in the studio. I’ve had a chance to jam/play with some great local artists so far, including Blake Havard and Michael Averill. I’m very happy and lucky to have Michael opening for me on February 27th at The Roxy! For the longer term, my goal is to develop one of the best live shows around. I want to play to as many people as possible and continue getting my music out there. I have a West Coast Tour in the works, and a couple exciting shows coming up. After that, it will be back in the studio to continue work on the upcoming “Crave” EP which I hope will be released this fall.

Please join host, John Pippus, on February 26th (8-10 pm) to hear some of the great tunes from David, who will be performing live with his drummer, Matthew Bailie. Also on stage that night are Derek Wayne Martin and the Jarrod Tyler Band.

And, if you want to hear more amazing talent in this city, then come along for our OPEN MIC night on Thursdays.